Senate Majority Leader Chuck Schumer has scheduled a vote on Wednesday on legislation that aims to codify Roe v. Wade into law. This move was spurred by last week’s leaked draft of a Supreme Court opinion, in which five of the nine justices on the court are allegedly set to agree to overturn the landmark opinion on abortion later this summer.

The leaked draft has also triggered aggressive actions by the left, even including protesting at the homes of the court’s conservative justices.

American Liberty News reported yesterday that Justice Alito – one of the conservatives on the bench – has moved his family out of their home due to safety concerns.

Congressional Staff to Get Pay Bump Later This Year

Starting September 1st, congressional staffers won’t be paid less than $45,000 per year. In a Dear Colleague letter released on Friday, House Speaker Nancy Pelosi wrote that the measure is meant to help the Hill recruit better staff, and keep them in their roles for longer.

The House is also set to vote later this week on a resolution sponsored by Michigan Democrat Andy Levin which would allow staffers to unionize. When Levin introduced the resolution in February, the measure was signed by 130 cosponsors.

Top Military Leaders to Testify Before Congress on Budget Requests

As Congress works on a federal budget for FY 2023, leaders from all six military branches will be on Capitol Hill this week to answer questions from lawmakers about the needs of their departments. The Military Times has compiled an extensive list of all of the testimonies scheduled for the week. 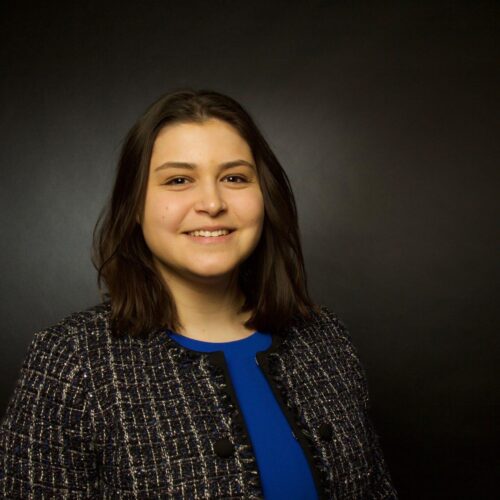 Victoria Snitsar Churchill
Victoria Snitsar Churchill is a proud immigrant and naturalized U.S. citizen with a decade of experience in grassroots politics and community organizing. Her writing has been featured in many online publications, including Campus Reform, The Daily Torch and The Daily Signal. As an undergraduate at the University of Kansas, Victoria appeared in media outlets such as CBS News, TIME Magazine, The Washington Post Magazine, The Blaze and NRATV. Victoria is also a former NCAA D1 student-athlete and Kansas College Republicans State Chair. After moving eleven times in six years, Victoria resides in Arlington, Virginia and enjoys overpriced brunch on Sundays with her husband.
Advertisement

Never Mind the Raid, Trump Should Focus on Killing the Inflation Reduction Act

If the former president wants to demonstrate the political...
Commentary

The Internal Revenue Service (IRS) is facing an uproar...
Commentary

A Nebraska mother and daughter have been charged with...
Commentary

The Most Egregious Parts of the Manchin-Schumer Tax Hike

When he was first elected, President Joe Biden promised...