NY Gov. Hochul Hit With Another Scandal as Race Tightens

Washington, D.C. – With polls showing her Republican challenger closing as the election nears, New York Democratic Gov. Kathy Hochul finds herself mired in yet another official corruption scandal that may help deny her a bid for a term of her own.

According to a story appearing in the New York Post over the weekend, significant questions have been raised about a no-bid contract to supply the state with COVID tests awarded to a New Jersey company whose CEO is a major donor to Hochul’s reelection campaign.

New Yorkers had to pay “twice as much for COVID tests from a company tied to nearly $300,000 in donations to her campaign compared to other state vendors,” the Post reported, citing the publication of a new report that has reignited talk of alleged pay-to-play behavior in Albany ahead of the Nov. 8 election.

“Whether it was pay-to-play or total incompetence – New York taxpayers and then the federal taxpayers got massively ripped off,” John Kaehny, of the good-government group Reinvent Albany, told the Post regarding the Digital Gadgets deal “funded by New York taxpayers with the help of federal relief aid” the paper reported.

A report appearing in the Albany Times Union which the Post credited for originally breaking the Digital Gadgets story explained that while some companies “charged the state just $5 for rapid tests,” the deal – made under suspended procurement rules enabled by a state of emergency Hochul has renewed every month since late in 2021 unti the governor announced she was ending them this week – struck with the N.J.-based company priced tests at as much as $13 per unit, costing New York as much as $637 million via what the paper called “no-bid deals for millions of tests as Hochul pushed schools to stay open amid the omicron wave last year.”

The Post reported the New York State Department of Health paid the New Jersey firm for the tests on Dec. 29, 2021, and March 25, 2022, allowing them to be distributed during the peak of the COVID season, with no new orders having been placed as of January 2022.

State Republican leaders are now pressing for Hochul to be more forthcoming about the deal with Digital Gadgets as her opponent, GOP Congressman Lee Zeldin of Long Island, has narrowed the race down to single digits.

Republican Assembly Minority Leader William Barclay also had sharp criticism for the Democrat who runs the Empire State. “At the very least, the public deserves a hearing to address how this deal was arranged, why it lacked a formal contract, and the seemingly questionable timing of relevant communications.”

This is not the first time Hochul appears to have comingled state activities and the financial interests of her campaign’s major donors. She previously “raised eyebrows,” the Post said, over her support for an overhaul of New York’s Penn Station that would generate beneficial tax breaks for Vornado Realty Trust “after its head, Steve Roth, gave the maximum $68,700 to her campaign in December.”

Hochul’s ethics were also called into question after she announced support for putting $600 million in taxpayer dollars toward the construction of a new stadium for the NFL’s Buffalo Bills, “who do business with a company employing her husband Bill Hochul, who has officially recused himself from the matter,” the Post reported.

It is, however, the deal to purchase the high-cost COVID tests that “looks to be the dirtiest” Kaehny told the Post.

Through her campaign, Hochul has repeatedly denied any wrongdoing. A campaign spokesman told the Post Friday that “high ethical standards” mean donors have “no influence” over government decision-making despite concerns about the timing of the Digital Gadgets deal.

The denials are suspect. “They way over-bought at a very high price – using these emergency powers – from a major donor. I mean, it’s just – the whole thing looks very bad,” Bill Hammond, a senior health care fellow at the Empire Center for Public Policy told the paper.

Indeed, it does. According to the paper in April, “literally weeks after cashing the last multimillion-dollar check from state taxpayers,” Digital Gadgets CEO Charlie Tebele “kindly hosted a fundraiser for Hochul, at a cost of $4,700,” pouring more than $150,000 into her campaign war chest in a single week. Tebele and his wife are also shown to have donated the legally allowed maximum contribution of $69,700 each to her gubernatorial bid.

In an op-ed that also appeared in the Post back in August, the Manhattan institute’s Nicole Gelinas compared Hochul to her immediate predecessor – who was hounded into resigning from office over his mistreatment of women in and out of his official orbit – calling her “Cuomo 2.0.”

“In addition to her poor performance on crime and the economy, Hochul has proved off-puttingly enthusiastic in embracing cronyism as usual – albeit less competently than Andrew Cuomo,” Gelinas wrote. Indeed, with the exception that there are, at least as far as we know, no state agencies forcing nursing homes filled vulnerable people to admit recovering COVID patients into their facilities, it’s hard to see much difference between her stewardship of the state and that exercised by the man she replaced.

The situation in the Empire State is bleak. Crime is up. The economy is down and, like many of the blue states that locked down tightly, New York has yet to recover all the jobs lost because of her predecessor’s pandemic policies. There’s no energy policy to speak of and no effort underway to eliminate the corruption endemic to Albany – and indeed, as the Post reports, it might be getting worse.

Schools have not recovered from their shuttering during the pandemic. No one knows how much damage was done to students during their prolonged layoffs. The state’s powerful teachers’ unions, meanwhile, are sitting pretty, having successfully prevailed on the governor to sign controversial legislation opposed by New York City Mayor Eric Adams to force The Big Apple to cut public school class sizes.

It’s no wonder residents are fleeing New York in what may be record numbers, going to red states like Florida where the taxes are low, the performance of public servants is high and the climate is better. Whether Hochul wins in November may depend on just how many New York Republicans took her advice and left the state. Then again, even Democrats have their breaking point.

READ NEXT: NYPD to Assume Residents Carrying Firearms Are Doing So Unlawfully Until Proven Otherwise >> 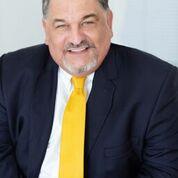 Peter Roff
Peter Roff is a longtime political columnist currently affiliated with several Washington, D.C.-based public policy organizations. You can reach him by email at [email protected] Follow him on Twitter @TheRoffDraft.
Advertisement

The Sheer Inconvenience of Science for the Pro-Abortion Crowd: Democrat Claims Fetal Heartbeat is ‘Manufactured Sound’

Democratic contender for Georgia governor, Stacey Abrams declared Tuesday that “there is...
Commentary

ANALYSIS – As Democrats throw massive temper tantrums over the busing and flying...
Commentary

ANALYSIS – With the years-long media and Democrat demonizing of the GOP, especially...

Lawmaker Signals Interest in Challenging Biden for the Presidency